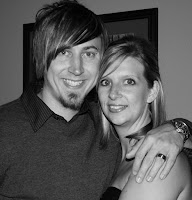 my wife is straight up, no doubt about it, flipping hilarious.

daily she says stuff that cracks me up so hard i have to stop whatever i'm doing just to laugh. she's just being raw & real... usually not necessarily trying to be funny... she's just funny.

so, lately i've been trying to write that kind of stuff down. if i can, i've actually been trying to Tweet it or post it to Facebook or something, but that's only 1% of the time... maybe.

And half of the funny stuff would just be inappropriate to put out there on the world wide web. not bad by any means... just not appropriate, although i WISH i could blog about it because it is so funny.

for the other 50% of the funny stuff, i'm gonna give it a go to post it here regularly. i'm introducing a new segment on the ol' blog called "Crystal Quotes of the Day". it may not be something she said that particular day, but it's the funny quote or quotes i'm choosing to share that day.

and of course, sense of humor is always relative. we say to each other all the time "at least we make each other laugh". and i'm thankful for that. but what i think is funny, others may not find all that funny. oh well.

i actually started writing the quotes down when Crystal was pregnant... something with pregnancy made her say more funny stuff :)  BUT i couldn't Tweet it at the time because we still hadn't told anyone we were pregnant yet. so FINALLY i get to share some of this stuff.

without further adieu, i give you the very 1st Crystal quotes of the day... all from when she was pregnant:

*after eating at Olive Garden i turned around for 2 seconds and when i looked back my mint on the table was gone:
me:         "Did you eat my mint?"
Crystal:  "I mean, I ate a mint and the baby had one, so I guess the waiter just didn't bring you one." 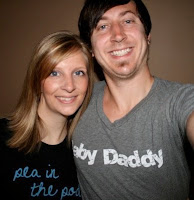 *1 day when the pregnancy was having some ill effects on Crystal:
Crystal:   "After all this, this baby better be frickin' cute!"


not the same reading them as hearing them, but i hope they make you laugh like they did me!
Posted by patrick mitchell at 2:50 PM

lol! u better be careful :)

What got me to your page was the "pregnancy edition" on your title. I figured this was gonna be good...and it was. :)

& it only gets better :)
you'll find out one of these days scottie!

Ok, I just read this and I am cracking up and totally laughing out loud!! I miss you Crystal so much!!(you too Patrick, but I can just hear Crystal saying this stuff and it makes me smile.)