that's dangerous (but i don't care)

i think the world can change. i think it should & it's supposed to. i think it's gonna. no doubt about that.
i would rather see it happen sooner than later. 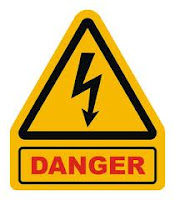 but i fully realize that is going to involve some dangerous stuff. dangerous on many levels.

a lot of things may be dangerous that we don't normally think of as dangerous OR they're not things i would have thought necessary in order to change the world.

like humility, for example. i've been writing about it a lot lately and i probably will be for a while.

humility isn't something that usually makes the top of the list when you are compiling necessities for changing the world.

but it is necessary.

without it there will be no world-changing revolution. not through us anyway. i'm convinced that humility is every bit as necessary (and even more necessary) than audacity to change the world. both have to be there. (i've already written on the uber importance of humility HERE, HERE and HERE.)

so, if that's the case then i want humility more than anything. because i want to see God's love and renown change the world more than anything.
so, i PRAY that whatever the cost God would help me be full of humility. MAKE ME HUMBLE. Shred pride from my life... every hint of it... until there is only humility left. DO whatever it takes to make that happen! because,
unless it does = i will never be fully satisfied/overjoyed and i'll never be used like i could be to change the world.

but this is a freaking dangerous prayer and desire.

i fully realize that. and yeah, it's kind of the joke in some Christian churches - "don't pray for humility, or God might give it to you..." as in - God may have to BREAK you to humble you. so we think to ourselves - "don't pray for humility because the humbling process is... well, HUMBLING." (spelled P-A-I-N-F-U-L)
so, this is legit. if i want to be fully, 100% humble i know it's going to hurt.

but i don't care. and i don't mean that in a cavalier way at all. i'm a little scared.
but i don't care as in i care MORE about being a humble man that it is worth the hurt and pain and humbling process that it will take to get there.

i guess we might just change the world.
Posted by patrick mitchell at 8:58 AM