an old talk that still affects me

(This is a repost from October 13, 2009.)
One of my favorite leaders and communicators is Rob Bell. I think he's the man. Me and Crystal even went to Mars Hill up in Grand Rapids ("the epicentre of progressive culture" as Rob would say) a few years ago to check out what God was doing there.

You've no doubt seen or at least heard of Rob's Noomas. I think they're brilliant and think more and more people should be exposed to them. He's releasing some revolutionary new "noomaesque" stuff that will be totally free soon. More on that in another post.
I've got all his books and love them. You may have read one - Velvet Elvis, Sex God, Jesus Wants to Save Christians, or the most recent Drops Like Stars... which is also the tour Rob is currently on (came through Charlotte just 4 days ago!). (You can buy his books HERE.) 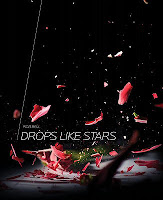 He had a talk prepared that I had actually listened to a couple weeks ago = "The Importance of Beginning in the Beginning." But he scrapped it at the last second feeling a leading to talk about something else. Something from his soul he had never talked about before in public.

Anyway, nuff said for the intro.
He started off his talk with the Q = Is bigger better? Of course we would mentally say “no,” but there’s something deeper that makes us feel differently. (We talked through some of John 6:22-66.)

"That’s not why we do things – because they’re popular. We do them because God’s doing them." Right on!

And I absolutely LOVED this = God won’t say to me “Why weren’t you more like him.” No, He’ll prolly say = “Why weren’t you more like YOU?” We all need to hear that and believe it!
He told us about a take on the 10 commandments that I guess is actually pretty old. It's what the Rabbis used to say... The 1st 9 of the 10 are externally measurable. But the last is different. *The Rabbis say the 1st 9 are commands, but the 10th is a REWARD. If I obey God (the 1st 9) then I won’t want anybody else’s life! (I won't covet.) It’s a reward. My life is just fine. I was fascinated by this thought. I'm not saying I buy into something like that the 1st time I hear it, but that's a pretty good take on it. I think it makes perfect sense. 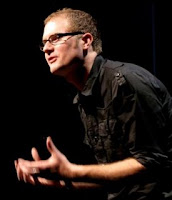 This was a great and deeply internal searching for me = "Is there ever a deep, residing anxiety in me that I haven’t accomplished enough?" My answer would have to be Absolutely. God wants to set me free from that. Don’t let what I’m building and doing become a burdern/stress on me.
A subset of that question was "Is there any way I’ve been stressed about size?"

I was struck by this comment Rob made = "There’s a difference in me walking a hard road and carrying a stress-inducing burden. Jesus may give us a hard road, but not a stressful burden…" I thought that was REALLY interesting considering how many pastors and leaders are probably stressed out right now! I think there's a thin line between the 2, but an important one not to cross. What I'm following God to do right now is hard, no doubt, but it shouldn't be constantly stressful for me.
That was the theme throughout the talk.

*Jesus wants to set me free to enjoy the work I’m in right now. And that is very freeing. He kept nailing it with these awesome questions he kept asking me...
"Is there anywhere or any way that I’ve neglected to take care of myself because I think I’m supposed to be going all the time?" [I’m think I’m getting better and better and figuring this out.]
Does my spouse get my very best? Or does she get what’s left over after I’ve given it all to the church. My spouse will be there the whole journey. Better keep my priorities straight.

*"Jesus wants to make sure that peeps like me who are proclaiming a gospel of peace and life are actually experiencing the peace and life of Jesus." profound.
I think it was awesome for many to hear him say "Let them have their more and you just do what God's put in front of you. Be free from the big… that’s good news."

It was an awesome talk! Definitely in my top 2 or 3 of the conference. (And awesome enough for Matt Chandler to say a couple times how good it was. Wonder what his big bro Driscoll would think of that?)
It was all great stuff for me to hear (and I'm guessing for thousands of others too). Thanks for sharing, Rob, and letting this be the first place you talked about it in public. We needed it!

What do YOU think of Rob's stuff?
Posted by patrick mitchell at 9:22 PM