are you cursed? (financial advice?)


"Those who give to the poor will lack nothing,

but those who close their eyes to them receive many curses."
- Proverbs 28:27 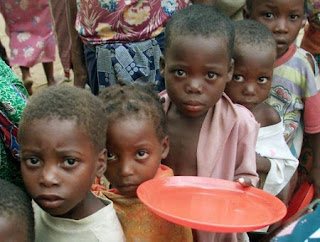 dang! just read that this morning for probably the millionth time. Can't get away from it so I figured I would write about it in my journal... and now here on my online journal = the renown blog.

that is pretty intense. Pretty hard core. "give... lack nothing... many curses."

*But I kept reading that sentence over and over and it's even deeper than that! this phrase grabbed me = "those who close their eyes to them"

We walk past the homeless guy and look the other way. We see and hear about children dying in Africa because they don't have clean water and we just go about making our car payments! we're closing our eyes to them!

I don't really know what "many curses" looks like for us? but I'm pretty sure it's not good.

I think our ultimate motives for giving to the poor should be an unquenchable love for God and His fame and bringing His Kingdom on earth. And also loving our poor neighbors like we love ourselves. (something like the 2 greatest commands...)

BUT, even though these should be our ultimate motives, I don't think this is a half bad financial plan either!
GIVE to the poor = lack nothing
Follow the rest of our culture and close your eyes to the poor = many curses.

Posted by patrick mitchell at 11:44 AM