renown strikes back (Proverbs is Pimp)

(side note: the main title is partially borrowed from the title of the 1997 so 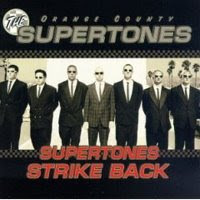 phomore album of the greatest band of all time.)

(side note #2: no, the parenthetical title is not bad grammar. it would be "proverbs are pimp" if i were speaking of proverbs in general, or even of the Chinese variety, but since we're talking about the specific book of Proverbs
Posted by patrick mitchell at 7:34 PM

Dude, sounds like a great read. Have you read, "The Gutter" by Craig Gross? He's also one of the xxxchurch guys. It's a great read. The way those guys take real-life evangelism so seriously just make me feel stupid, but in a good way. In a challenging way.

Anyway, also, dude, I wanted to say thanks so much for the starbucks giftcard. Totally not necessary, man, but definitely appreciated. Tasha and I dated on it today. So, thanks for that! Blessings man. Let's get together sometime!! .josh.

i'll definitely check out Craig's book, man. him & mike are both pimps.
Dude, thank YOU for leading our kids to worship sunday! worth way more than we could give you, but that was just to say thanks... providing a date is the least we could do.