"are you guys in a rock band?"

That's a pretty familiar question for us these days = "Are you guys in a rock band?" 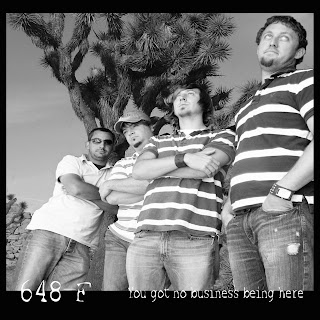 I've never been hanging with the church staff before & people ask us if we're "on tour" or if we're a band. Pretty crazy. Not usually what a bunch of "pastors" get asked. But, happens to us fairly regularly.
Coming back from ATL the last time the 4 of us guys - me, Chris, Adam, & Rusty - stopped at a Starbucks (of course). We were getting our drinks when the guy behind the counter asked "are you guys in a rock band or somethin'?"
We all looked at each other... laughed... & then were like "uh... no, we're pastors at a church." haha, fun times.

Most recently we were on a tour of Bobcats/Time Warner Cable Arena and the guy in the suit at the VIP entrance asked us "are you guys a band?" By now I was ready... "Yeah", I said "& we're playing here tonight." Without missing a beat he said "cool, what's the name of the band?" Haha... I hadn't thought this far ahead & then the other guys 'fessed up real fast & killed the whole thing before it really even got started good. Oh well, I guess that's what you'd expect from a bunch of pastors.
So, what is it about us? Melissa snapped these pics of us one day at the office to try to capture it. Of course we weren't prepared & def. didn't plan to almost all wear the same shirt so no comments about that. But, I wonder why people think this about us. What makes people look like they're in a band? Why do people always double take when we tell them we're pastors?
What is a pastor supposed to look like? What is someone in a band supposed to look like?
***WHAT SHOULD BE THE NAME OF OUR BAND & 1ST ALBUM???*** 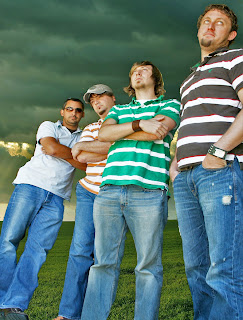 *Oh, and the "You got no business being here" album title/tag line at the bottom of the "CD cover" at the top is what Melissa suggested for a title. Actually a pretty funny story behind this that Adam will never live down. In one of the early days of Ridge Church I had invited several peeps to come check it out & like their 1st or 2nd time they started serving! But in one of Adam's meetings in the middle of Setup... and I'm pretty sure this comment was directed toward Travis Hoeben... Adam said "And there are these guys
Posted by patrick mitchell at 10:31 AM

I'm just happy to be a groupie and official band photographer. :)

I think you should call yourselves